What is trigeminal neuralgia?

Trigeminal neuralgia is a nervous system disorder that causes a stabbing or electric shock type pain in parts of the face. The pain stems from the trigeminal nerve, which is responsible for sending sensation and pain from the face, eyes, paranasal sinuses, and mouth, to the brain. This condition tends to affect adults, although it can affect anyone regardless of age. 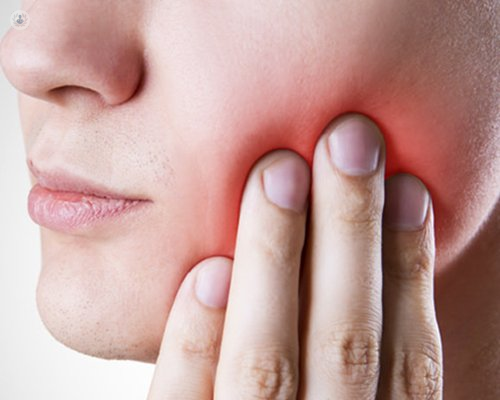 Diagnosis and progression of trigeminal neuralgia varies depending on the person and situation. Pain attacks can appear multiple times a day for weeks or months. They come on without prior warning and may stop just as suddenly. These attacks may get longer over time. It is thought that 29% of patients only have one attack. It is thought that 21% of trigeminal neuralgia episodes cause the same kind of pain in the first five years. In most cases tha pain can be avoided by carrying out treatment, although this may only be effective short term. None of the existing treatments is able to cure it.

What are the symptoms?

Trigeminal neuralgia symptoms tend to be very intense facial pain, it is normally unilateral, and lasts between one second to two minutes on average. It is said to be one of the most painful things that a person can experience. Many patients have described the pain as an electric shock type pain. The episodes of pain can be recurrent and repetitive. They appear spontraneously without an identifiable trigger. Everyday actions that don’t normally trigger pain can do so in patients with trigeminal nerualgia, they include; touching the cheeks or forehead, talking, laughing, brushing teeth, chewing, and swallowing, among others.

There are many tests that can be done to correctly diagnose trigeminal neuralgia. One of the first tests that the specialist may do is a cranial magnetic resonance tomography (MRT). This test is done because the trigeminal nerve starts at the base of the brain and passes through the base of the skull. The cause can be due to an irritation on any part of the nerve. An MRT scan can rule out certain kinds of tumours. It can also show any nerve damage by a blood vessel or the first symptoms of a demyelating disease. If it is thought that the patient may have multiple sclerosis, a lumbar pucture may be done. If the specialist thinks that the patient has symptomatic trigeminal neuralgia, a CT scan may be carried out.

How can it be prevented?

There isn’t a known way of preventing trigeminal neuralgia from developing. If nerve pain lasts a long time, the intensity of the attacks can be alleviated with appropriate treatment, in some cases flare ups can be completely avoided. Risk factors should be prevented. An exapmple of this is to prevent arteriosclerosis which can often lead trigeminal neuralgia. This is done by following a healthy lifestyle, eating a balanced diet, and regularly exercising.

What is the treatment?

Treatment tends to be pharmaceutical. There are many medications that can be used. Surgery is only resorted to in cases that do not respond to pharmacological treatment or if the side effects put the patient at risk. The medications for trigeminal neuralgia serve to prevent a flare up, they do not make the pain stop. Painkillers are inneffective as they ususally take half an hour to start working, by which point the worst part of the flare up will have lessened.

What specialist should I see?

Neurologists can diagnose and consult for trigeminal neuralgia, and if surgery is a possibility, you will be referred to a neurosurgeon.

Any cookies that may not be particularly necessary for the website to function and is used specifically to collect user personal data via analytics, ads, other embedded contents are termed as non-necessary cookies. It is mandatory to procure user consent prior to running these cookies on your website.